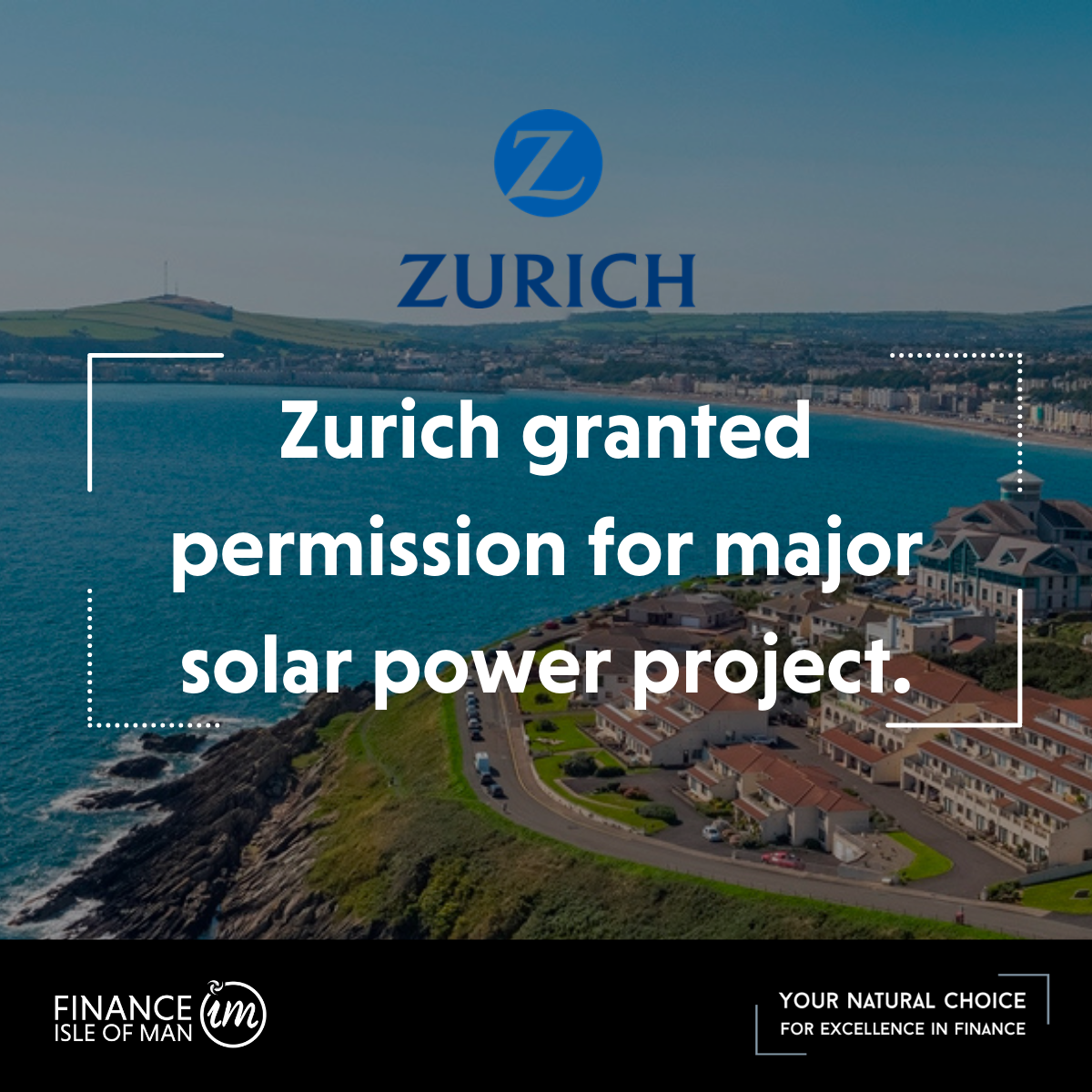 Biggest project of its type on the Island will provide up to 70% of electricity for company’s IOM offices.

UNESCO Biosphere Isle of Man Partner, Zurich on the Isle of Man, has been given permission to go ahead with a major solar energy project which could provide nearly three quarters of the electricity used at its Isle of Man HQ.

The project is to install a solar panel car port over an existing car park at Zurich House which could provide up to 70% of the building’s electricity, and power for other purposes such as charging electric vehicles. Local Planning Authority and Building Control approval was granted recently.

Zurich International has chosen to work with local business Ardern & Druggan to install the latest photovoltaic cell technology with the capacity to generate up to 200 kilowatts (200,000 watts) of electricity. That power output is equal to about 130 Mark Cavendishes sprinting at full speed at the end of a Tour de France stage! Or enough to power 2,000 100watt lightbulbs. The project could also help to allow Zurich House to be taken off-grid, which will also help to play a key role in supporting the Isle of Man Government’s Future Energy Scenarios Strategy.

The solar panels project is being jointly funded by Zurich on the Isle of Man and the Zurich Carbon fund which is part of Zurich Insurance Group’s sustainability commitment. In 2019 Zurich became the first insurer in the world to sign up to the UN’s 1.5 Celsius Business Ambition. Since then the Group has created a Sustainability Leadership Council (SLC) and a 1.5 Task Force.

Bruce Pearson, CEO, Zurich International Life, said: “Zurich has been a leader on sustainable energy for several years, and our team here on the Island have made a fantastic contribution to Zurich’s global group strategy which has sustainability at its core. This solar power project represents a big step forward in the context of our commitment to group objectives. Now that we have permission to go ahead we’re looking forward to seeing the project being completed and operational.”

Daphne Caine MHK, Chair of the Climate Change Transformation Board, said: “I am delighted this proposal has come forward and got the go-ahead. The Isle of Man celebrated a major milestone this week when the Climate Change Bill received Royal Assent, which commits us to significant action on reducing our carbon emissions and generating more of our energy from renewable sources. Zurich’s major commitment to harnessing renewable energy and ensuring a sustainable future for its Isle of Man headquarters will help us meet those climate change goals. It is great to see a business thinking in such a sustainable way and I look forward to seeing it in operation in 2022.”

The solar power project aims to build on Zurich’s achievements to reduce waste and save energy. That includes the opening in 2018 of Zurich House – located at Isle of Man Business Park – which is one of only a handful of buildings on the Island that are BREEAM accredited. BREEAM is the world’s leading sustainability assessment method for masterplanning projects. Zurich House is the only building so far in the global Zurich Insurance Group that’s been built to those standards.