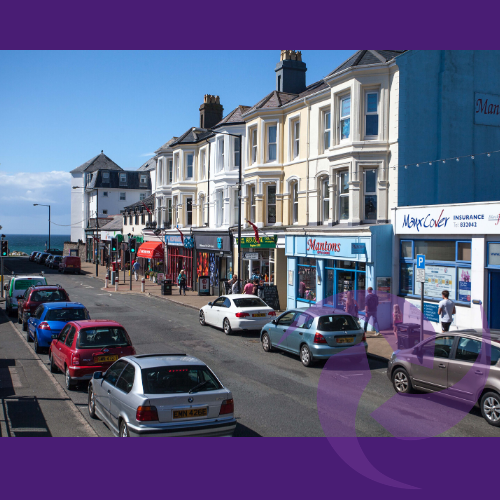 Following Tynwald approval, a new Town and Village Regeneration Scheme has been launched by the Department for Enterprise. The Scheme aims to provide financial assistance to commercial premises and civic amenity projects which will improve the appearance and vitality of the Island’s towns and villages, ultimately increasing footfall and stimulating economic activity within them.

The Scheme was originally launched in 2009, with a revision in 2013. A total of £15.7 million was offered to 223 distinct regeneration projects with £13.4 million invested. The Scheme contributed towards significant improvements to the Island’s retail centres such as Strand Street in Douglas and Parliament Street in Ramsey. Due to its success, in the February 2019 budget, Treasury allocated funding of £250,000 a year for a new Regeneration Scheme which will run for four years.

The new Town and Village Regeneration Scheme 2019 was approved by Tynwald on 19th November 2019 and came into operation on 1st December 2019. The Scheme continues to support businesses, charities, sole traders and others looking to improve the external appearance of their business premises and also provides support to local authorities and trade associations seeking to improve the environment within local towns and villages.

The four key changes to the Scheme are summarised below:

‘I would like to thank Tynwald members and local authorities, representatives from Manx National Heritage, and other volunteers from around the Island who contributed to the success of the regeneration committees as part of the old Scheme for a number of years. Douglas and Ramsey were clearly major beneficiaries of this Scheme, and as a result there has been significant revitalisation of their retail areas and increased private investment.

‘The Town and Village Regeneration Scheme 2019 is the first step in a series of future initiatives to build on the success of the 2013 Scheme and continue to drive economic activity, create jobs and bring other benefits to local communities across the Island. During the review period, enquiries in relation to the Town and Village Regeneration Scheme remained open. It is clear there is demand for the new Scheme and the Department for Enterprise has been working closely with a strong pipeline of potential applicants over the last few months’.

Organisations interested in applying for the Scheme are encouraged to enquire with the Enterprise Support team via email enterprisesupport@gov.im or telephone 01624 687333. More information on the Scheme is available online at www.dfe.im/tvrs where a factsheet, application form and Scheme guidelines are also available to download.