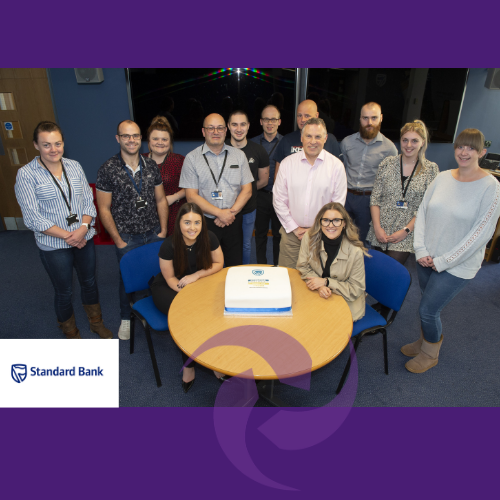 An Isle of Man team is celebrating after winning a prestigious award for a second successive year.

Organised by International Investment Magazine, the awards are highly respected in the international investment and wealth adviser community.

To mark the success, Chris Till, CEO at Standard Bank Isle of Man, and the team celebrated with a special cake acknowledging the accolade.

Chris said: ‘Winning this award really is testament to the expertise, skill and commitment of our staff who have worked hard to help our clients internationally. It is pleasing to see this tremendous effort being continually recognised and rewarded.

‘Standard Bank is very proud of its long association with the financial services sector in Isle of Man and beyond and I am extremely proud of the team. Many congratulations to all who have contributed to a fantastic achievement.’

The Isle of Man was also awarded International Finance Centre of the Year for the third time in four years.

The winners of the 21st International Investment Awards were revealed at its first ever ‘virtual’ ceremony where Standard Bank was also shortlisted in the ‘Excellence in Client Service – Industry’ category.

IPB is a division of Standard Bank Offshore Group Limited (SBOG) which is 100% owned by Standard Bank Group (SBG), the largest bank in Africa by assets. Standard Bank Offshore Group is a leading provider of international financial products and services to people and businesses. It supports Africa’s growth by connecting the continent with international markets. It offers solutions in Banking, Investing and Fiduciary and has offices in Isle of Man, Jersey, Mauritius and representative offices in London and South Africa.