SIMCOCKS TRAINEES CALLED TO THE BAR 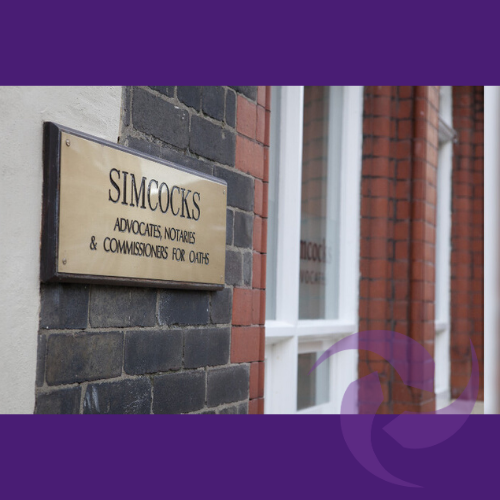 Simcocks is pleased to announce the admission of Emily Johnson and Faye Devlin to the Isle of Man Bar. They were sworn in as Isle of Man advocates by the Island’s Chief Justice, His Honour Deemster Corlett on 21 November 2019.

Faye joined Simcocks in August 2017 having achieved a Distinction in her Legal Practice Course at the University of Law in Leeds.  Prior to that she completed a Graduate Diploma in Law at the University in Law at Chester, where she received a Distinction and obtained the highest grade in Criminal Law and the highest overall mark for her year group.

Since joining the firm, she has received a wide range of training and gained valuable experience across the Corporate and Commercial and Private Client departments.  Her current role focuses on Family Law, Wills and Estates.

Emily joined the firm in May 2019, having passed the Manx Bar exams on her first sitting last year.  She achieved her Graduate Diploma in Law and her Bar Professional Training Course via distance and part time study while she worked, accumulating more than five years’ experience in law by the time she joined Simcocks.

Emily works within the Dispute Resolution team at Simcocks, focusing mainly on personal injury cases, and property and will disputes.

Phil Games, CEO of Simcocks commented on the commissions:

“Everyone at Simcocks is extremely proud of Faye’s and Emily’s achievements and we look forward to being a part of their continued development. They are both outstanding individuals and I have no doubt they both have successful careers ahead as Advocates.  I’m delighted that these legal stars of the future are finding their feet within the Simcocks team.”