The Isle of Man life industry: resilience is at the heart of our success 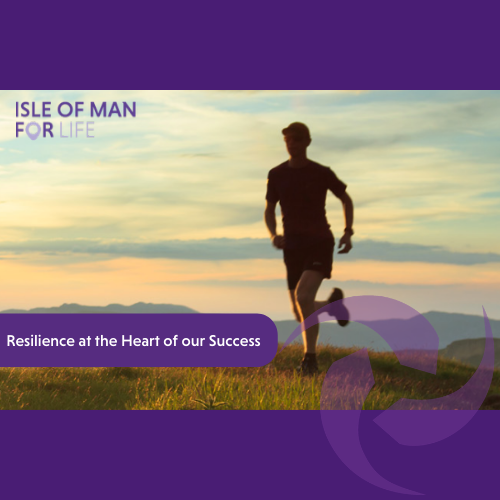 The Isle of Man flag bears an image of 3 legs and a motto in Latin – ‘Quocunque Jeceris Stabit’ – which translates to ‘whichever way you throw it, it will stand’. This symbol and declaration of resilience is starkly reflected in the history of its life assurance industry. By definition, this is a long-term business, so resilience is arguably the quality that policyholders and their advisers seek out most. And now, perhaps more so than ever.

The COVID-19 crisis has sent shock waves around the world, but business continuity plans kicked in immediately for the Island’s providers with workforces remobilised to ensure an almost seamless transition from the normal to the ‘new normal’. Connectivity to all parts of the proposition value chain were already built, tested and functional and are now being widely utilised in the most challenging of circumstances.

While the scale of the global COVID-19 emergency is unprecedented, responding to challenges is nothing new for the Isle of Man. Over 40-plus years the Island’s product providers have had to adapt to many technical challenges. Continually shifting tax laws, economic downturns and increasing compliance demands are just some examples of the pressures that have been encountered, and overcome, along the way. But such resilience does not happen by accident, rather it’s the by-product of a collective and individual effort across the jurisdiction’s life companies and regulator.

Ensuring that providers carry sufficient capital to meet their current and future obligations to policyholders is a long-standing fundamental of insurance regulation. The Isle of Man’s regulator has been a leading light in the evolution of rules from a relatively simple minimum solvency requirement based on assets under management, to the much more intricate gold-standard of risk-based capital rules we have now.

Organisational governance, too, is a central plank of the Isle of Man’s regulatory oversight for life businesses. Enterprise risk management systems have to be devised, stress-tested, re-evaluated and internally audited so that they can feed into the solvency assessment. Boards must be actively engaged in this process at all times and, of course, remain ultimately accountable. Systems must be robust and flexible to feed into this governance process. The demands for resilience on the Island’s life companies are intense but are resoundingly met.

Aside from the inherent regulatory, financial and organisational rigour, the longevity of the Isle of Man’s life industry is such that it has also built a commercial resilience second to none. Business is written on a truly global scale and expertise has been developed in multiple markets, across multiple proposition offerings. Diversification of this nature results in reduced exposure to geographical or country-specific risks, of whatever nature, that may emerge.

All of this is a testament to the strength-in-depth of human capital and technological capability that has been built up over many years and which enables our providers to continue servicing its tens of thousands of customers and introducers worldwide. Over more than 4 decades, whatever has been thrown at the Manx life assurance industry, it has remained standing and will continue to do so.

This article was written for the Isle for Man Life campaign. To visit the Isle of Man for Life website, click here.