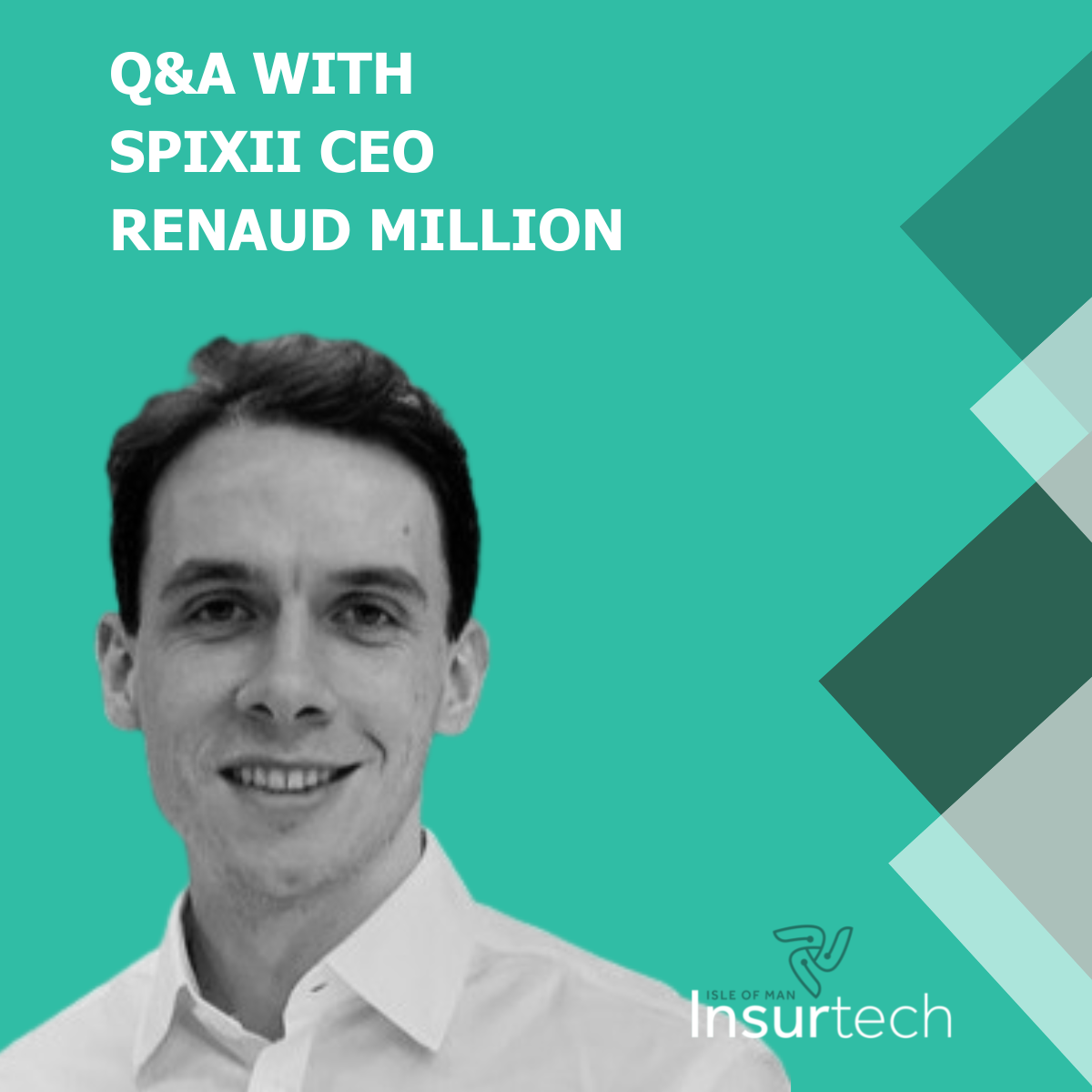 In the sixth in our series of Q+A blogs with the scale-up businesses on Insurtech Isle of Man’s new Insurtech Accelerator Program, we hear from Renaud Million, CEO and co-founder of Spixii.

Spixii’s CPA platform enables companies to automate their high-value services into 24/7 online structured conversations, 10 times quicker than other channels such as email, phone and web form.

Tell me about yourself/ your business

In 2016 we started building Spixii which is a platform that enables companies to automate their high-value services into a powerful self-service system available online. Our platform provides the end user with real-time structured conversations that are integrated into the core platforms of financial services providers. When someone needs to contact their insurer or pension provider this can take a long time over the phone, however, using a self-serve conversational process, we can fulfill their needs in roughly two minutes. We allow people to have 24/7 contact online which is considerably quicker than other channels such as email and phone. We started off in London and have worked with companies such as Allianz, Zurich, the Post Office and Bupa.

Why did you apply for the Insurtech Accelerator Program? What does it mean for you to be part of it?

We’ve been on the Isle of Man before and we were very been impressed by its expertise in the international protection market. As we are also present in Zurich and know the F10 community, the Program immediately appealed to us as we could better reach life insurance companies based on the Island and help solve their challenges while playing a more active role with F10. We were also interested in how the Island is riding the wave of digital transformation in these markets, and we wanted to be a part of this journey, especially as a member of the first cohort of the Insurtech Accelerator Program on the Island.

How have you found the Program so far? What have you learnt?

The Program is really outstanding so far. The other companies taking part in the Program are really innovative technology providers – companies that have strong clients, employees and a great product. There is also a true commitment, knowledge and connection to the ecosystem from the Isle of Man. We met lots of really interesting people equipped with complex challenges to solve, and it was really well organised and run throughout.

Have you found anything particularly interesting or challenging on the Program?

We found that the wide spectrum of incumbent companies participating in the Program made the discussions very engaging and interesting. Although the challenges to solve might sound similar at first sight, they were all very different and specific when digging further. Understanding the underpinning core technologies used, business priorities and constraints to innovate varies a lot from one company to another, which made it challenging as we didn’t expect such disparities. It made us think outside the box to make sure every conversation was engaging and relevant, even if we were all pretty exhausted after days of intense sessions!

How did you find working with the Isle of Man business community?

The business community on the Isle of Man seems to be strongly connected and very active. Hearing presentations from industry and experts such as the regulators on the Island was definitely helpful. Having such close connections between businesses and their government agencies gave the feeling that people come together, think about how to make things happen in an efficient way and are driven to make positive change. We felt that the Isle of Man Government genuinely wanted to create an innovation ecosystem – whereby they really listen to the Insurtechs and their propositions.

What are your future plans for your business?

We hope to go live with at least one trial with an incumbent company participating in the Program which will be a great success story for all parties involved. We have also been working on a partnership with another member of the cohort which will be announced just before the demo day in January next year. The combined proposition will be very interesting for the protection and wealth management industries and we are extremely excited to share more news during the demo day.