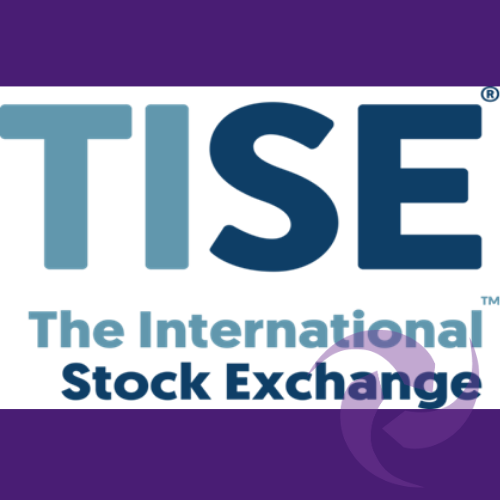 There were 656 new listings on The International Stock Exchange (TISE) during 2019.

Fiona Le Poidevin, CEO of The International Stock Exchange Group Limited (TISEG), said: “Last year, and especially the first half of 2019, was characterised by political and economic uncertainty that fed through to the number of new listings globally. However, activity picked up significantly during the second half of the year and it is pleasing to see that TISE remains the exchange of choice in our core markets.”

TISE has maintained its position as a leader in the European high yield bond market, with 55 securities issued by global brands such as Netflix, Aston Martin and IHS Markit listing on the Exchange during the year. This took the total number of high yield bonds listed on TISE to 212 at the end of December 2019.

In addition, companies such as financial services groups Blackstone, KKR, Société Générale and Willis have listed investment grade debt on TISE during 2019. There has also been a flow of listings emanating from the Far East, particularly transactions involving Chinese investment into Hong Kong infrastructure and real estate.

TISE has also continued to grow its market share in UK Real Estate Investment Trusts (REITs), with six UK REITs newly admitted to TISE during 2019, including Fundamentum Social Housing REIT PLC which is focussed on investing into supported and general needs housing in the UK. This took the total number listed on the Exchange to 25 at the end of December 2019, which represents more than 30% of the UK REIT market.

Mrs Le Poidevin added: “At a time of a general slowdown in the capital markets, it is positive to see that TISE continues to build market share across a range of product areas. The combination of a well regulated venue with a cost effective and high quality service is proving popular among issuers and their advisers both in our well-established markets and also those where we are looking to develop a more significant presence.”

There were two trading companies newly listed on TISE during 2019. Birmingham headquartered floor coverings distributor Likewise Group plc became the first UK Small to Medium-sized Enterprise (SME) to list on TISE when it was admitted to the Official List with a market capitalisation of £12 million. Channel Islands retail business SandpiperCI Group Limited, which is well known for helping to bring blue chip brands to the islands, was admitted to the Official List of the Exchange with a market capitalisation of £75 million and entered the Channel Islands market segment of TISE. These listings were of particular note in a year where other equity markets were receding.

During 2019, the first green bonds were admitted to the Exchange’s green market segment, TISE GREEN. Faro Energy, which specialises in solar energy projects in Latin America and other emerging markets, has had four bonds successfully admitted to TISE’s Official List and subsequently approved to enter TISE GREEN. The bonds are certified green bonds under the Climate Bonds Initiative (CBI) Climate Bond Standard & Certification Scheme, with the proceeds intended to be used to finance solar energy projects in Brazil.

Mrs Le Poidevin added: “As well as attracting more new listings in 2019, there was also a lot of strategic work undertaken by the team to put us in a good position for the future. It is an exciting time for the Exchange and I’m looking forward to working with all our stakeholders as we continue to innovate and enhance the responsible facilitation of global capital flows.”