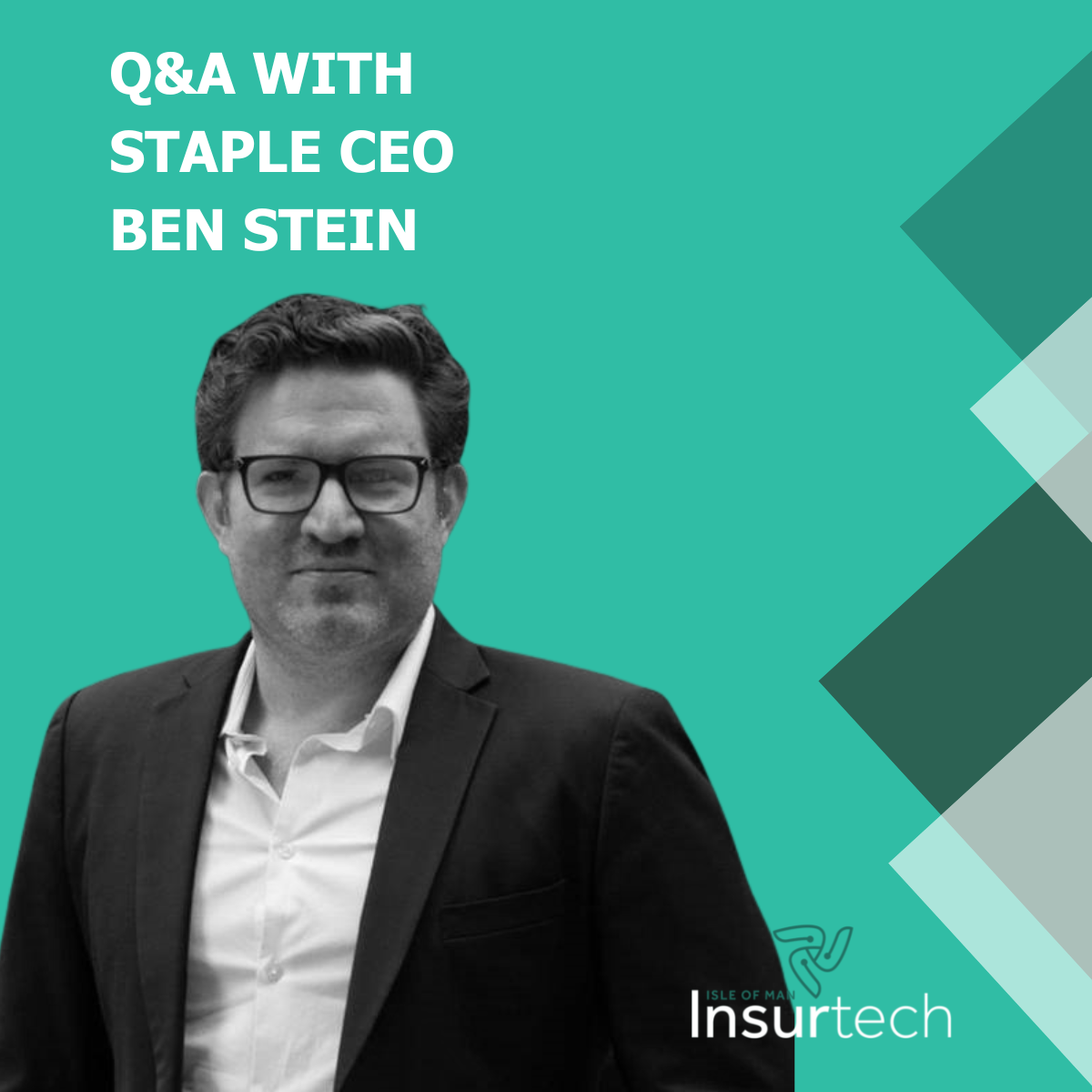 We continue our series of Q+A blogs with the scale-up businesses on Insurtech Isle of Man’s Insurtech Accelerator Program with an interview with Ben Stein, CEO and co-founder of Staple.

Staple has developed a Machine Learning tool that reads, interprets and extracts structured data from documents faster, more accurately and more affordably than any human can, at scale.

Tell us a bit about yourself and your business

Staple is more than a purely Insurtech business. Right now, businesses across the world are looking for ways to automate services and operations to increase efficiency in a challenging economic climate. However, automation tools require structured data to be effective. Unfortunately, the majority of data in businesses is non-structured, often found in documents, images and conversations. Staple’s primary product reads and extracts key data from documents regardless of their layout or language. Staple operates in two major sectors, one being financial services such as banking and insurance, and also alongside companies with complex supply chains which creates data intensive workloads. Staple represents one point of capture for data regardless of the format it may come in.

Why did you apply for the Isle of Man Insurtech Accelerator Program?

We were aware of the program as one of our investors is F10 in Singapore, and we worked alongside them in 2021, quite early in our journey. It was through the F10 network that we were first contacted by the Isle of Man about the program, and we were immediately interested. Opportunities like this, which are geared towards meeting potential customers, have tended to work very well for us in the past, and this has been the case once again.

How have you found the Program so far? What have you learnt?

We work with many financial services firms and sales cycles in that sector are often quite punishing. It can take many months or even years to convert a prospect into a customer. Not only is it hard to find the right company to work with, but it is also often hard to find the right people within that company to sell to. Programs like this put you in direct contact with the stakeholders that are making the key decisions. It also places lots of potential customers in one room who are most likely experiencing the problem that you are offering to solve. Doing that on your own is difficult, but programs like this help to fast track that process by gaining access to potential partners quickly.

Have you found anything particularly interesting or challenging on the program?

The in-person components on the Isle of Man and in Edinburgh for the Scotland Fintech Festival were  challenging as there was a lot more pitching, meaning you had to be at your best and prepared to demonstrate your business to wide audiences.

I found it interesting that the Isle of Man Government has taken on advice from Deloitte and other leaders in this space, and they executed on it almost perfectly. It is rare to see Governments take this open-minded approach where they seek the views and advice of industry leaders in this way and it appears to be working very well.

I thought everyone was approachable, not just from the industry side but from the Government as well. We had questions for them about doing business on the Isle of Man and I was able to speak to various senior officials in immigration, finance and enterprise, gaining answers to all my questions within a day. That is pretty much unheard of anywhere else. Start-ups like to be fast moving and it is refreshing to have a fast-moving Government willing to work with you.

How have you found working with the business community on the Isle of Man as a whole?

Part of the program involved getting to meet not just insurance companies and Government representatives, but also the wider business community on the Island. Everyone is very willing to offer their help and expertise, even if there was no need for direct assistance the offer was there, and people were willing to offer candid advice on what it’s like to do business on the Isle of Man. It was very welcoming in general.

I did not know much about the Isle of Man prior to the program, so it was nice to get insights about industry in general but also the history and culture of the Island. A lot of things were pretty impressive and fascinating to me, such as that they have the oldest continuous parliament in the world, which I didn’t know beforehand.

The importance of regulation was highlighted a few times and the fact that they are regarded as such a safe and reputable place to do business is incredibly important. We have had several conservations with the regulator since returning to Singapore and they seem to be very forward looking relative to other places in which we do business.

What are your future plans for your business?

I will be back in January for the Demo Day event alongside one of my colleagues. Ideally we would like to secure several proofs of concepts if possible in the near future. We are open to working with other organisations aside from insurance; this could be government or in wider financial services such as banking. We are based in Singapore, but we have presence in a number of Asian countries. We are starting to look at placing boots on the ground in Europe and we are considering the Isle of Man amongst other locations. We also have users in North and South America, we do not currently have any staff in those locations, but it’s something we’re considering in the near future.