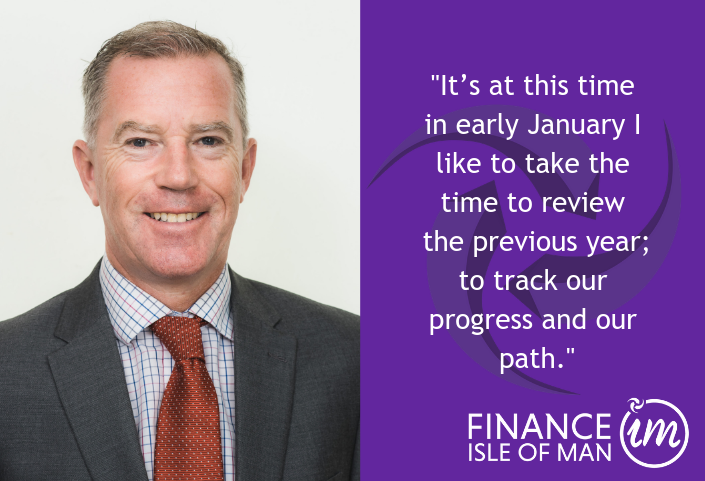 2018 proved to be a very busy year within the Department for Enterprise. It was a year of change, shifting from the Department of Economic Development to the newly formed Department for Enterprise, and the setting up of the new agency model which brought about four new executive agencies. Finance Isle of Man has been created to promote and develop the Isle of Man’s significant financial and professional services industry.

It’s at this time in early January I like to take the time to review the previous year; to track our progress and our path. This always proves to be an interesting and thought provoking experience. Below, I have outlined a summary of the highlights of 2018 below, for the full article please follow this link.

January started with a trip to London for the IFC Awards which saw the Isle of Man shortlisted for Best International Finance Centre of the Year, narrowly missing out on the top spot on the night. The IFC Awards are run by Citywealth magazine and the winners are chosen by public vote. While in London I had a couple of interesting meetings with the Financial Times and International Investment magazine. A great opportunity to give them some further insight into the Isle of Man financial services sector, a look ahead to the creation of the new executive agency, Finance Isle of Man, including branding, launch of the new website and vision for its future and to promote the Isle of Man as a great place to live and work.

In February we hosted Tom Carnegie, a journalist  for ‘International Adviser’, later in the year Tom would write a positive article on the creation of the Finance agency and appointment of Aidan Doherty as non-executive chair and Michael Crowe as chief executive to lead the Finance Isle of Man Executive Agency.

Following a review of the Life sector in the Isle of Man we continued to take steps in working very closely with the private sector and began on the Manx Insurance Association (MIA) campaign which provides a hard-hitting message of why advisers throughout the globe should use the Island’s companies as the number one centre of excellence for insurance. The MIA media campaign ‘Isle of Man for Life’ went live in November.

On the 21st June – the eagle finally landed as the Isle of Man Barclays’ Eagle Lab officially opened on Victoria Street, Douglas.  Read more on the Eagle Lab here