Isle of Man to strengthen ties with South Africa 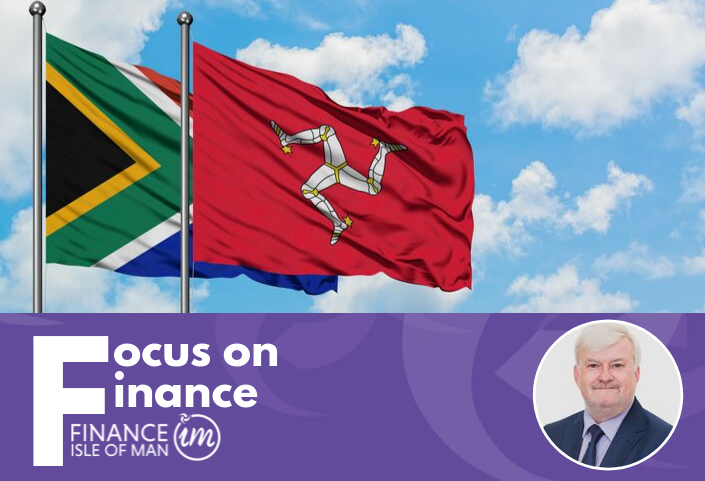 A fortnightly spotlight on the Isle of Man's Finance and Professional Services sectors from Finance Isle of Man. Focus on Finance highlights work from both Industry and Government, and promotes opportunities, challenges and achievements.

In this week's issue, John Hunter Head of Banking and Fiduciaries at Finance Isle of Man discusses his forthcoming trip to South Africa, while also delving into the surprisingly historic connections between the two nations. The trip taking place next month, has been organised by Finance Isle of Man alongside partners Locate Isle of Man, and looks to promote the Island’s International Finance Centre status in addition to its standing as a safe, stable and secure place to live and work.

The Isle of Man has had a long-standing and strong relationship with South Africa; dating back to 1876 when Manx man Joe Mylchreest travelled to Port Elizabeth via Peru and Australia. After 11 years of ‘doing all right’, he was joined by Dan Corlett and between them they went on to build one of the largest construction firms in Transvaal. In the 1930’s Dan served as the Major of Johannesburg and he in turn persuaded another Manx man to stand for South African Parliament.

He was Philip Moore, a school teacher and one of several brothers who had settled in South Africa after the First World War. Philip was successfully elected and served in the South African Parliament for over two decades, responsible for education and finance. During his tenure he was apparently responsible for the decimalisation of the currency, which he achieved via a private members bill. Incredibly, the Manxman also went on to christen the currency ‘the Rand’.

Philip Moore later became President of the Johannesburg Stock Exchange and indeed his successor Willie Long was born to a Manx mother.

In early October I will be following in their footsteps, representing the Finance Isle of Man agency alongside my colleague Nick Preskey of Locate Isle of Man and a number of representatives from the Isle of Man’s finance industry. We will be undertaking a series of events with businesses from across the Isle of Man including Turnstone, Ramsey Crookall and Capital International. We will also be meeting a number of Isle of Man focused businesses such us Nedbank, Standard Bank and Sovereign Trust.

We will be visiting Johannesburg and Cape Town presenting to and meeting a number of companies and advisers in the region, including the Cape Town Chamber of Commerce; promoting the Island as an ideal jurisdiction to structure long term finance. Something, I believe will be of interest to globally mobile individuals holding multi-jurisdictional assets. The Isle of Man’s finance sector remains nimble and agile and Finance Isle of Man looks to take a targeted approach, promoting propositions such as Family Office and private wealth management, international pensions, asset protection and succession planning.

The Isle of Man is one of the few Island jurisdictions that have the physical capacity and policies in place to support real investment and new employment with the benefits of low tax, government incentives and access to UK markets.

Overall, the purpose of this visit is to strengthen and build upon the long standing and on-going relationship between South Africa and the Isle of Man, which as I have discovered - is deeply rooted in history.