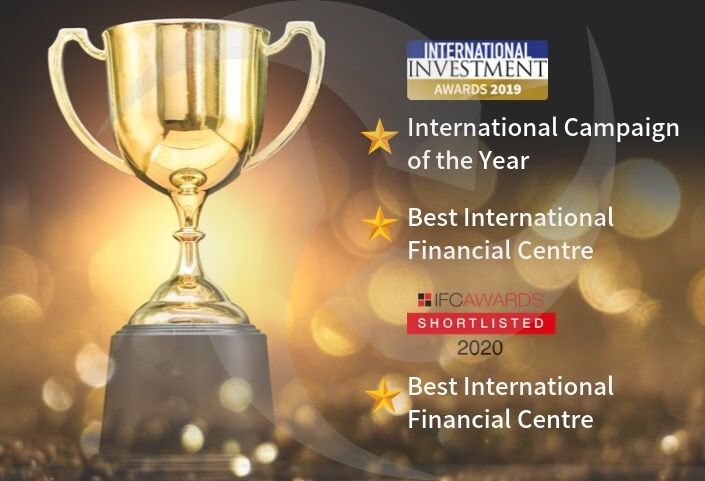 The Isle of Man has once again been recognised as a leading international finance and business centre with three industry award nominations this year.

‘This is a fantastic recognition for our financial services industry, which continues to be the strong bedrock of the Isle of Man’s economy. Having two nominations for Best International Finance Centre shows the Island is widely recognised as a dynamic, diversified financial centre and a well regulated international business partner. The nomination for Best International Campaign of the Year is a welcome acknowledgement of the innovative and effective way that the Finance Agency is working with partners across the finance industry to promote the Island’s exceptional offering.’

‘Isle of Man for Life’, shortlisted for the Best International Campaign of the Year, is the product of the public-private partnership between the life insurance industry and Finance Isle of Man. The campaign launched in 2018 and created in partnership with the Manx Insurance Association, promoted the Island’s superior range of life insurance and wealth management products, while showcasing a number of leading life insurance companies based in the Isle of Man.

Reaching in excess of one million people, the campaign aimed to raise the Isle of Man’s life sector on a global scale. As a result the sector has seen improved engagement from consumers and advisers in key jurisdictions around the world.

The third award nomination is with the Citywealth IFC Awards, which has shortlisted the Island in the category of Best International Financial Centre.  Now in their ninth year, the Citywealth IFC Awards were established to highlight the excellence of the advisers and managers in the private wealth sector in the major international financial centres.

A number of other organisations from the Isle of Man financial services industry have also been recognised at the IFC Awards, including the likes of Standard Bank, Nedbank Private Wealth, Appleby and Knox House Trust nominated across categories including ‘Private Bank of the Year’, ‘Law Firm of the Year’ and ‘Trust Company of the Year’.

‘To have these award nominations is a clear indicator of the drive for excellence across the Isle of Man’s financial and professional services industry. It also highlights the continued commitment from Government and Finance Isle of Man to work with the finance industry to create an environment that allows businesses to thrive and flourish, and make the Isle of Man a great place to do business.’