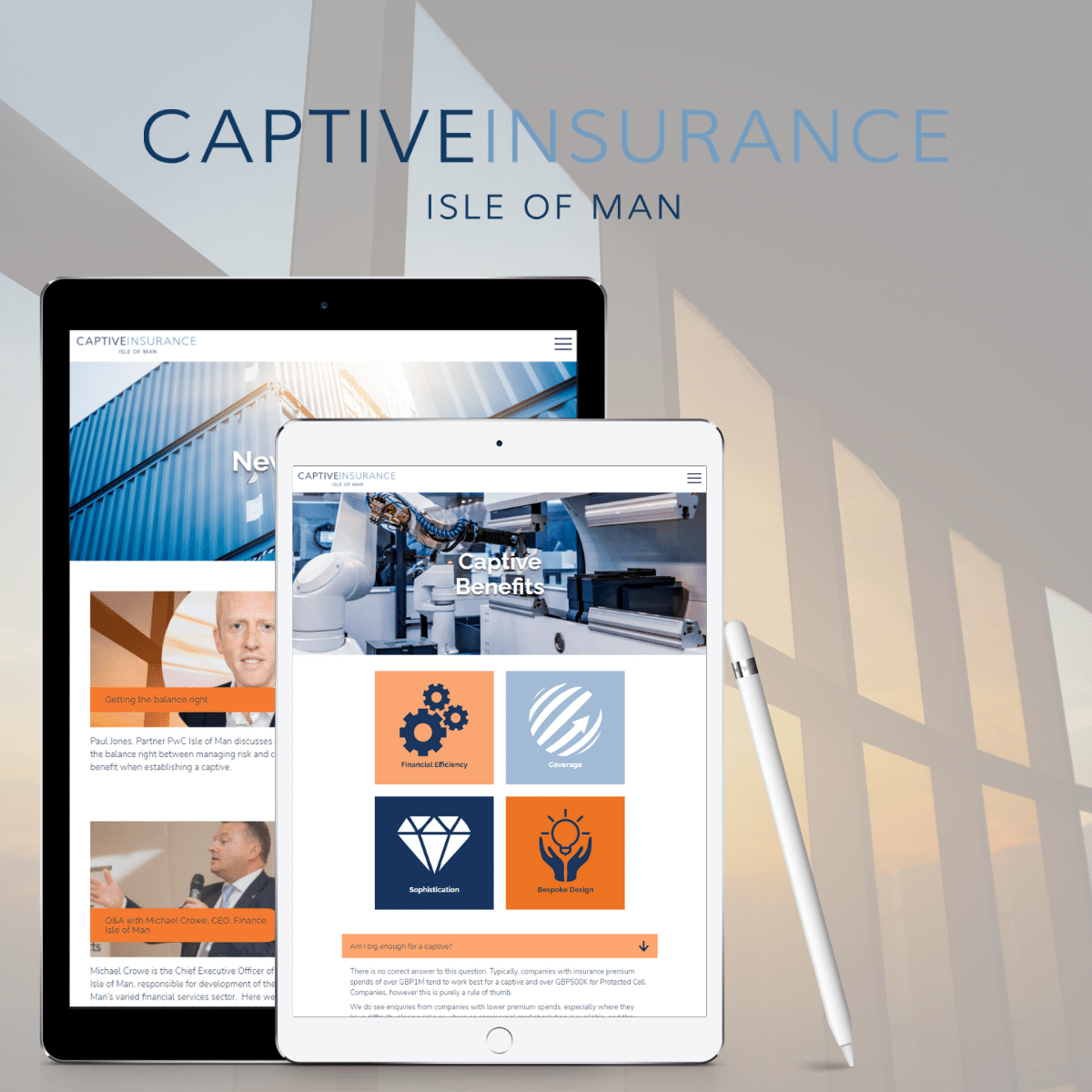 As international corporations reassess their risk management frameworks in light of continued global uncertainty, Finance Isle of Man, the Executive Agency dedicated to further developing the Island’s financial services sector, has launched a digital marketing campaign to promote its captive insurance offering, which is an effective and widely used mechanism for risk management.

The campaign will highlight the benefits of establishing a captive on the Isle of Man such as a regulatory and legal infrastructure which has specifically designed governance rules for captive insurance companies and a long history of providing innovative solutions from a politically and economically stable jurisdiction. Also prominent is the close collaboration between the Government, regulator and industry enabling the sector to quickly respond and adapt to the demands of the ever-evolving insurance market.

The Isle of Man is an award-winning international financial centre in which corporations choose to base their global captive insurance and alternative risk management programmes. The Island is home to well over 100 captive insurance companies which operate on a global scale and have a strong understanding of all types of risk from traditional to emerging. The firms are supported by a vibrant ecosystem including global banking groups and professional services networks.

“We remain committed to supporting our financial and professional services industry which has continued to thrive and serve its international client base, despite the challenges and disruption due to the pandemic.”

Various digital assets have been created to bring the campaign to life, including a website which has been developed as a main call-to-action and information point, and ads which have been created for LinkedIn, Google, and YouTube, as well as video content. An informative webinar or virtual roundtable-style event on topical themes has also been planned for later this year.

Nick Gale, Chair, Isle of Man Captive Association which represents the sector on the Island, said: “The Association is completely supportive of the campaign and we will continue to work closely with Finance Isle of Man to promote the Island as a captive domicile.

“We have a positive outlook for the Isle of Man’s captive insurance sector as we are seeing a huge amount of interest and a very promising pipeline, driven by the significant hardening of the conventional insurance market.”