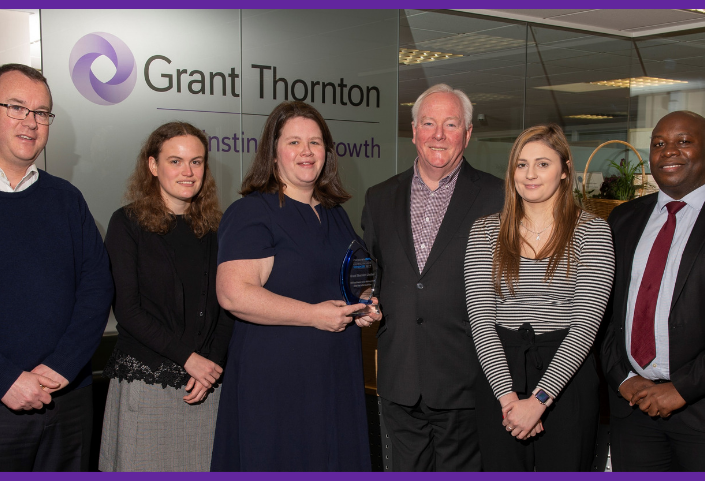 Grant Thornton Isle of Man has been awarded a prestigious international accolade in the 2019 Corporate INTL Global Awards.

The Douglas-based firm of chartered accountants was named ‘Offshore Finance Sector Advisory Firm of the Year in the Isle of Man’ in the respected industry honours, after being recognised for its commitment to excellence by industry experts.

‘As a leading independent assurance, tax and advisory firm we pride ourselves on providing an unparalleled level of service, expertise and insight to clients in the Isle of Man and in our partner firms across the globe. The Corporate INTL Awards mark excellence for the world’s leading advisers and financiers, so to be recommended for this and named the ‘Offshore Finance Sector Advisory Firm of the Year in the Isle of Man’ is a fantastic honour, particularly as we were nominated by industry peers outside of the firm – it was a lovely surprise when we found out we were up for the award.

‘The Isle of Man is home to a number of quality firms and competition for such prestigious titles are fierce, so it’s great to see our wide-ranging services recognised as superior by an independent judging panel.’