In the Middle of Difficulty Lies Opportunity 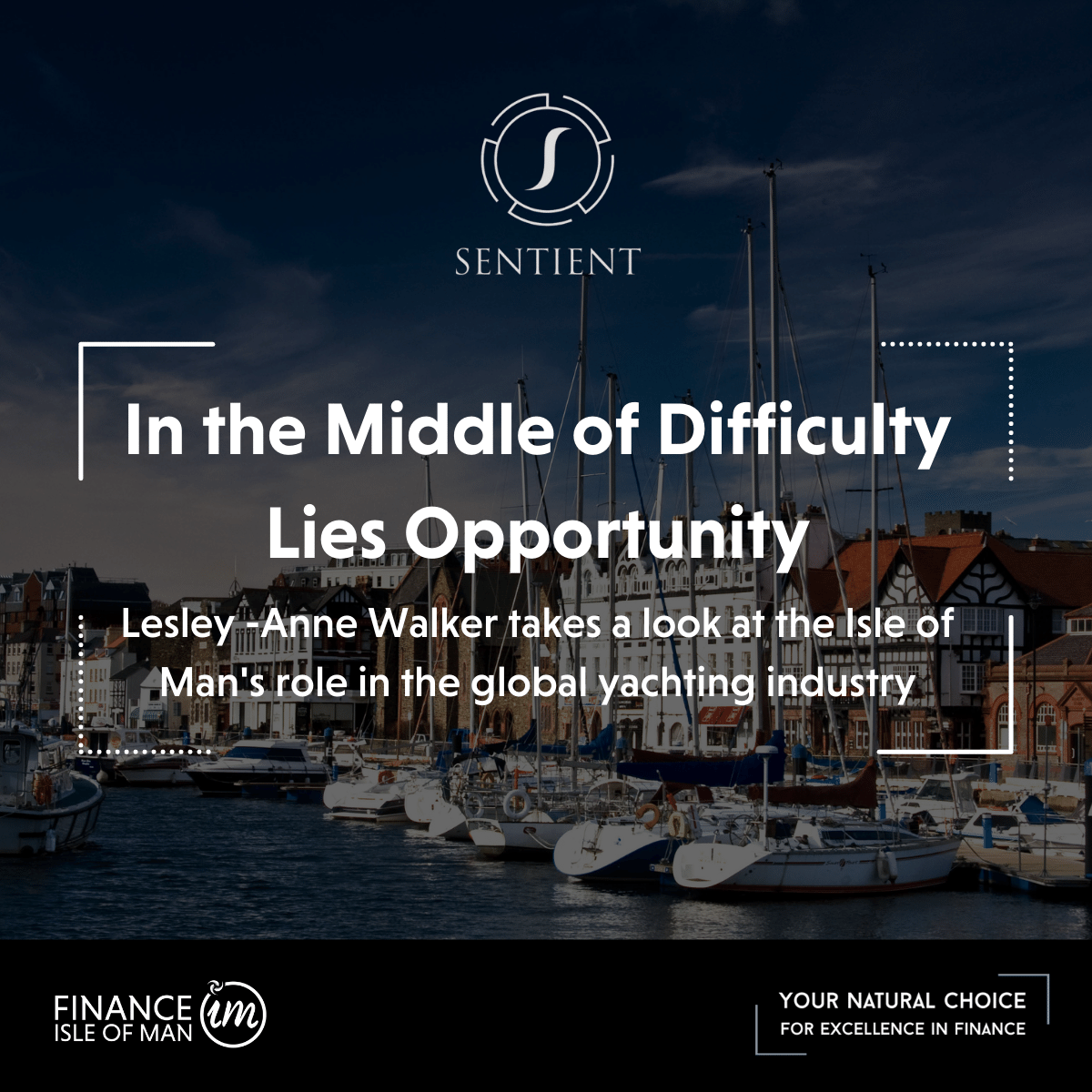 Lesley Anne-Walker, Director, Isle of Man Maritime and Head of Marketing | New Business, Sentient International, takes a look at the Isle of Man's role in the global yachting industry and expels some common myths and misconceptions around registering a yacht.

The Isle of Man’s yachting industry began to develop in 1985 and has since grown to be a substantial and highly respected part of the global superyacht industry.

Over the years, the sector has experienced significant changes and has had to overcome numerous challenges in what is a highly competitive industry with continually changing legislative and regulatory requirements. Most recent is the impact of Brexit, which resulted in the UK’s departure from the EU and as a consequence, the Isle of Man no longer deemed EU resident by association.

When compared to some of its jurisdictional counterparts, this carried a number of predicted disadvantages for the Isle of Man as a yachting jurisdiction, i.e. in respect of free circulation status, importation requirements, VAT implications etc.

However, in the middle of difficulty lies opportunity and we have since seen a number of windows of opportunity present themselves for the Island, putting it back on the maps of yacht owners.

Therefore, the ultimate beneficial owner of a vessel that is a non-EU individual could use a non-EU company (i.e. Isle of Man Company) to structure ownership of their vessel and register it in a non-EU flag state (i.e. the Isle of Man). In doing so, they would (subject to meeting the broader TA conditions) be able to operate their vessel privately in the EU under TA; the benefit of this being that a yacht operating under TA need not be formally imported and will therefore avoid the Customs formalities, inevitable import VAT costs and structuring costs associated with EU importations.

Structuring using the Isle of Man

The Isle of Man provides many other obvious benefits to owners who structure ownership of their vessels here, including:

A common misconception within the industry is that a yacht must register in the same jurisdiction as its owning entity - this is not the case!

Subsequently, should an owner want to operate their vessel commercially within the EU, they can structure the vessel’s ownership using an EU company and import it into the EU in order to gain free circulation status, and still register the vessel in a different jurisdiction such as the Isle of Man - home to one of the world’s leading registers.

Another myth within the industry is that a vessel wishing to register in the Isle of Man must visit the Island to do so. This is incorrect.

There is a mistaken belief in the industry, which derives from a lack of understanding and consequent confusion between yacht registration and yacht importation.

In fact, the registration procedure is very straightforward and you can register a vessel effectively by email/telephone in less than 24 hours, if the IOMSR has the necessary forms and supporting documentation.

The choice of registry is important as the flag state chosen often determines how the vessel will be treated in the countries and ports it visits.

The Isle of Man has long been a flag of choice for owners looking for quality flag administration and the very best in client service, which is why many of the world’s blue-chip ship owners and prestigious superyachts register here.

The IOMSR has always been innovative and pragmatic in its approach to developing the services it offers; evidenced more than ever during the recent pandemic.

The IOMSR were also the first flag state to create and launch a Seafarer Welfare App (‘Crew Matters’) which provides structured welfare support to seafarers, ranging from health and wellbeing advice to interactive support sessions.

Always looking at ways to add value and remain competitive, the IOMSR has also introduced the ability for owners of pleasure yachts to switch from pleasure to commercial registration if they want to make their vessels available for charter for certain periods of time. Unlike the Yacht Engaged in Trade (‘YET’) scheme, this is not limited to a certain number of days per calendar year or any specific cruising areas, as it is not based on agreements with any specific jurisdictions.

However, owners of vessels without VAT paid or free circulation status should do so with caution without the appropriate professional advice first. The EU’s TA regulations do not necessarily align with maritime regulations, so it should be borne in mind that changing to commercial use will likely necessitate a requirement to import the vessel into the EU.

That said, for pleasure yachts flying the Isle of Man flag that have been imported into the EU and/or have free circulation status, this could be of interest given it is a potential way for the owner to make some return on the operational costs of the vessel.

A yacht might be a quintessential example of luxury but it is far more than just a high-value floating asset – it is a business, office, employer and a machine that requires maintenance.

For these reasons, owning and operating a yacht is complex, making it crucial for owners to engage professional service providers with the right expertise and experience to advise and assist them. As a centre of maritime excellence, the Isle of Man is the perfect place to find them.

Find out more about why the Isle of Man is the natural choice for Excellence in Finance.