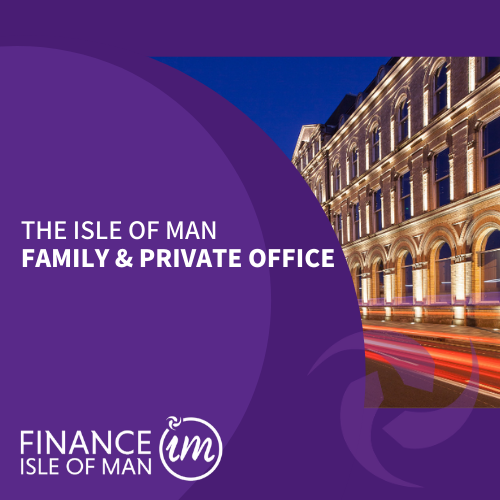 Finance Isle of Man has launched a targeted campaign to support and promote the Isle of Man’s family and private office proposition.

The multi-channel campaign has been launched following an Agency-led workshop that was attended by a number of industry representatives including corporate service providers, law firms and accountancy practices. Following workshop feedback, the Agency recognised there was a requirement to help promote the Isle of Man’s family and private office services as a jurisdictional offering.

It encompasses a dedicated online webpage with key information including a list of the family office services available on Island, key jurisdictional messages and supporting statistics, and a downloadable brochure.

‘Finance Isle of Man continues to actively work with the Isle of Man financial and professional services industry to understand their needs; both supporting and promoting their key products and services on and off Island. The Island already has a number of well-established single and multi-functional family and private offices; this campaign looks to build on this success, promoting the Isle of Man as the strong, stable and secure jurisdiction of choice for an array of family office services’.

‘It has been a delight to work alongside the Finance Isle of Man agency on the Family Office initiative. I think the campaign demonstrates many compelling reasons to use the Isle of Man as a location for family and private offices, while highlighting the breadth of experience available across the financial and professional services sector on Island’.

In addition, the campaign will feature across several leading publications for the finance and professional service industry and at a number of events, including the Private Client Dining (PCD) Club in London. The event which took place last month was lead-sponsored by the Finance Agency and included an invite only panel promoting the Isle of Man as the natural choice for private clients’ structures, alongside Döhle Corporate and Trust Services and Edwin Coe LLP. The dinner was attended by over 200 private client professionals and a number of Isle of Man service providers looking to promote the offering.

To find out more about the Isle of Man’s family and private office proposition, click here.