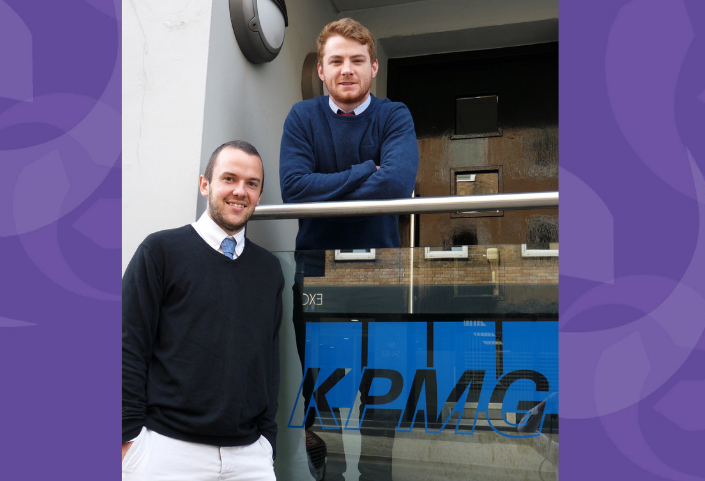 Two members of the KPMG Audit team have been placed in the Isle of Man’s Order of Merit from the Institute of Chartered Accountants England and Wales (ICAEW) advanced level exams. Conor Stephens was placed second and was closely followed by Adam Creamore, achieving fourth place. Their awards were acknowledged at the recent Isle of Man Society of Chartered Accountants Annual Dinner.

The Order of Merit recognises those island students who have achieved the highest average results in their ICAEW exams to become an ACA qualified chartered accountant. The ACA is a highly-respected qualification that requires students to complete at least three years on-the-job training while passing a series of exams.

Commenting on the results, Nick Quayle, Audit Partner at KPMG Isle of Man said, ‘It is an amazing accomplishment for two of our team to be positioned within the top results and we are very proud of their achievement. Conor and Adam will now both qualify as chartered accountants in August and I am delighted to see such new talent continue to develop within the exceptional team we have here at KPMG.’

Reflecting on his studies, Adam commented, ‘Having worked hard for nearly three years to pass the professional exams, it is great to be recognised locally for those efforts’.  Conor continued, ‘I’d like to thank the Partners for the support they have provided throughout our studies – from providing great tutors to allowing time off for revision’.