BOARD CHANGES AT NEDBANK PRIVATE WEALTH 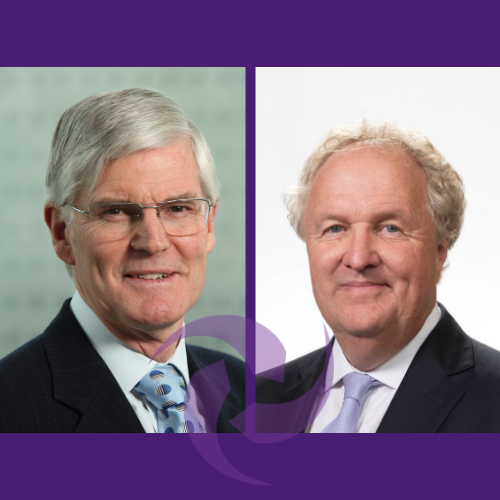 Nedbank Private Wealth has announced the appointments of Andrew Corlett OBE and Jeremy Wilson as independent non-executive directors. Andrew has also been appointed as chairman of the board for the company’s trust business, Nedgroup Trust. John Harris, who joined the Nedbank Private Wealth board last year as a non-executive director, has also joined the board of Nedgroup Trust.

Andrew Corlett is a non-practising English solicitor and Manx advocate and is a past president of the Isle of Man Law Society. He served as chairman and managing director of the legal and professional services group Cains from 1998 to June 2018, during which time the firm received the Queen’s Award for Excellence in International Trade.

Andrew has served on many Isle of Man government and supranational committees, and his former non-executive directorships include chairman of Barclays Private Clients International, and companies within the HSBC and Swire Groups. Currently, his principal non-executive directorships include the global fiduciary group Equiom and Gibbs Technologies. He was awarded an OBE in 2015 for his services to the economy.

Jeremy is currently chairman of the Whitechapel Think Tank, a forum for the public and private sector on distributed ledger technologies; a member of the advisory board of Form3 and chairman of QPQ, both companies apply new technologies to emerging global business models. Jeremy also supports the University of Cambridge Institute for Sustainability Leadership.

Errol Kruger, non-executive chairman of Nedbank Private Wealth International, extended a warm welcome on behalf of the board and said: “Both Andrew and Jeremy have had successful careers at senior levels across the private and public sectors. Their diverse backgrounds and extensive experience will enable them to make a significant contribution to the functioning and governance of the Nedbank Private Wealth board.”

Stuart Cummins, chief executive of Nedbank Private Wealth International, added: “I am delighted that Andrew and Jeremy have chosen to join us. Their appointments add wide-ranging expertise to the board and I look forward to working with them both.”

Both Errol and Stuart added: “We would like to take this opportunity to thank our two outgoing board members, John Averty and Clive Parrish, who have stepped down as part of the board rotation and succession programme. Both have played an important role during their membership of the board and we are grateful for their valuable contribution.”