Behind the Business: Finance Isle of Man Supporting Business in Key Global Markets 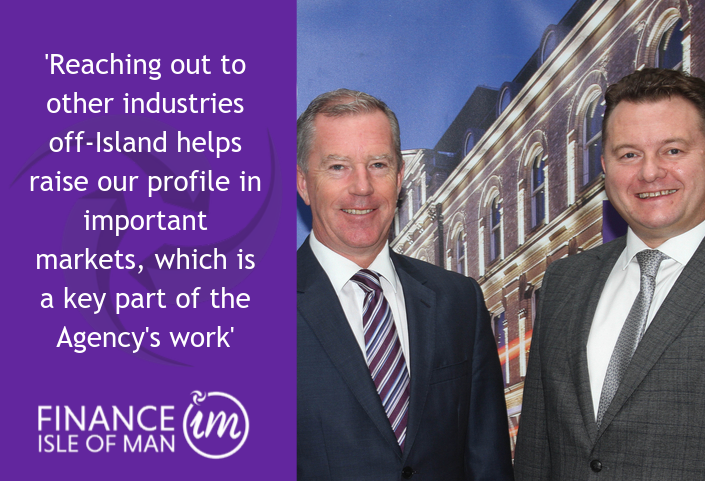 Behind the Business, is a quarterly supplement which takes a closer look at some of the Island's most recognisable brands.

Finance Isle of Man is an Executive Agency of the Department for Enterprise, and is responsible for the Island’s long-standing financial and professional services sectors, acting as a key decision making and advisory body supporting the Government’s ambition for long- term economic prosperity for the sector.

‘This is fantastic recognition for our financial services industry, which continues to be the strong bedrock of the Isle of Man’s
economy.

‘Having two nominations for Best International Finance Centre shows the Island is widely recognised as a dynamic, diversified financial centre and a well-regulated international business partner.

‘The nomination for Best International Campaign of the Year is a welcome acknowledgement of the innovative and effective way that the Finance Agency is working with partners across the finance industry to promote the Island’s exceptional offering.’

The Agency will be defending the title of Best International Finance Centre at the International Investment Awards and a win at this year’s ceremony would be their third in a row. Later this month, Simon Pickering, Head of Insurance and Pensions at Finance Isle of Man, will be visiting Dubai, a trip that forms part of an Agency engagement in the region to promote the Isle of Man’s insurance and wealth management sectors.

The Finance team will also head to Singapore in November to attend the STEP Asia Conference, a global professional association for practitioners who specialise in family inheritance and succession planning.

‘This region is an important market for Manx businesses. This is an excellent opportunity to raise the Island’s profile and engage with intermediaries who might be unfamiliar with the Isle of Man’s proposition.

‘The STEP Asia Conference is the ideal event to introduce the Isle of Man and the excellent story that we have to tell in terms of the strength, security, and stability of the Isle of Man: it’s very relevant to people within the financial services the world over.

‘This month we are also visiting South Africa, undertaking a series of events with a number of representatives from the Isle of Man finance industry, to promote the Island as an ideal jurisdiction to structure long-term finance; something we believe will be of interest to globally mobile individuals holding multi-jurisdictional assets.

‘The Isle of Man’s finance sector remains nimble and agile, and Finance Isle of Man looks to take a targeted approach to these trips, promoting propositions such as Family Office and private wealth management, international pensions, asset protection, and succession planning.’

As well as showcasing the Island to international clients, the team continues to raise the Isle of Man’s profile in London, engaging with professional intermediaries and contacts on a regular basis.

Finance Isle of Man is the Gold Sponsor at the London 2019 Private Client Dining (PCD) Club, and they will get the opportunity to speak to over two hundred financial intermediaries at the event this November. It’s an excellent opportunity for bodies within the finance sector to raise their profile, make connections, and drive new business. The team hopes to showcase what the Island has to offer in terms of supporting businesses within critical markets.

‘The Agency is a public/private partnership, and is a point of focus between the Government and private sectors,’ says Michael. ‘Reaching out to other industries off-Island helps raise our profile in important markets, which is a key part of the Agency’s work.’