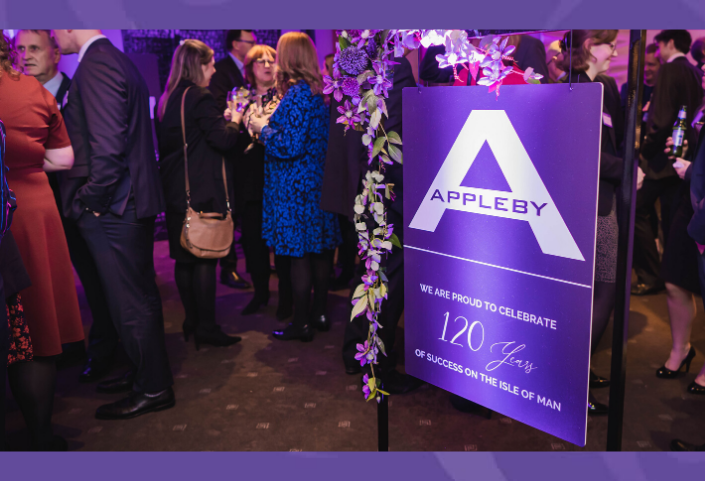 Over 100 guests joined the firm to celebrate the significant milestone at a drinks reception hosted at Portofino restaurant, Douglas, on the 7 November.

‘A lot has changed since a small group of partners set up our legacy firm Dickinson Cruickshank in 1899. Celebrating 120 years on the Isle of Man is a significant milestone and it was a pleasure to celebrate this with our valued clients who have supported us over the years.

‘This year alone we have seen a number of positive changes within the Isle of Man office as we welcomed two new partners, Tom Brook and Garry Manley. As well as being involved in multi-jurisdictional deals with our colleagues from across the Appleby global network, we have also continued to act on some of the biggest Isle of Man deals and cases.

‘Looking forward, doing business on the island will remain at the core of our strategy and we look forward to continuing to work with our local and international clients going forward.’

The celebration also marked 10 years since Appleby merged with Dickinson Cruickshank, the largest and one of the longest established firm of advocates on the Isle of Man at the time. Founded in 1899, Dickinson Cruikshank became one of the dominant law firms on the Island, with legal expertise in all areas, including commercial, property, private client and dispute resolution.