Finance Isle of Man: a year in review 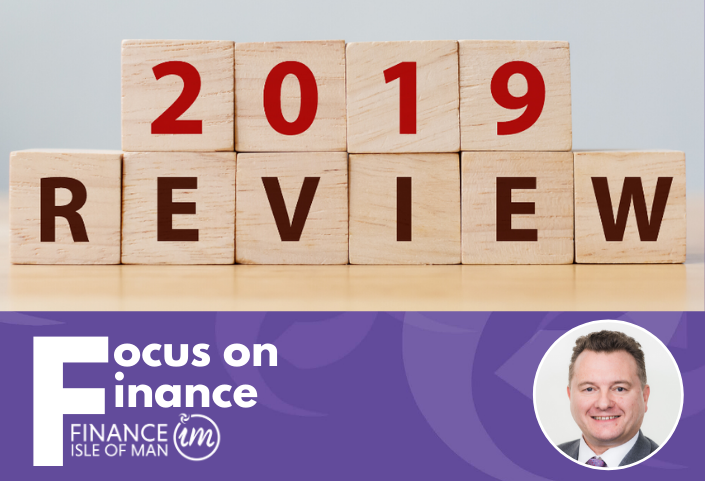 Finance Isle of Man is an executive agency of the Department for Enterprise, and was formed in 2018 to promote the Isle of Man’s finance sector both locally and internationally as a preferred centre for doing business. One of the agency’s key objectives is to work alongside the finance industry in their key markets, ultimately supporting Government’s ambition for long term prosperity for the sector; the backbone of the Island’s diverse economy. Michael Crowe, CEO of Finance Isle of Man, reflects on the agency’s activity and sector developments over the last year.

It’s been a year since I joined the Finance agency as Chief Executive, after a 28 year career in accountancy. My career saw me train at Coopers & Lybrand (now PricewaterhouseCoopers) and latterly I was a Director at Grant Thornton Limited.  I was also on the board of the Isle of Man Society of Chartered Accountants and the Isle of Man Chamber of Commerce for many years.  It was these experiences that reinforced the importance of collaboration to support prosperity and growth in the sector; not only amongst industry, but with external bodies and organisations, including government. It was this that drew me to the Finance agency role.

Although we are still a small team, and still very much in our infancy, the agency has already seen many successes. In late 2018 the agency launched a global marketing campaign in partnership with the Manx Insurance Association; a local trade body representing the 12 life companies based on-Island. The campaign showcased the Isle of Man as a robust international financial centre to over one million people worldwide and is the perfect example of the public and private sector working together. The partnership’s achievements were recognised with two nominations for ‘Best International Campaign of the Year’ and ‘Best International Finance Centre’ at this year’s International Investment Awards. We are also looking forward to this campaign continuing in 2020.

Ongoing engagement with a variety of stakeholders is a part of the day to day for the finance team. In addition to working closely with local industry, we also work very closely with organisations considering the Isle of Man as a place to do business. This year, the agency team were instrumental in securing the ongoing relocation of a group back office operation for a bank and also supported two new financial services licences, with several more in progress. 2019 also saw the first bank to be granted a Class 1(3) licence under the Isle of Man’s new Alternative Banking Regime; the first new banking licence to have been issued on the Island in twenty years. Over an 18 month period our team worked closely alongside Investec to help the bank establish a presence on Island.

Another key part of the agency’s work is to raise the Isle of Man’s profile to important markets off-Island. In October John Hunter, Head of Banking and Fiduciaries, visited South Africa alongside Locate Isle of Man, undertaking a series of events with a number of representatives from the Isle of Man finance industry, to promote the Island as an ideal jurisdiction to structure long term finance; something we believe will be of interest to globally mobile individuals holding multi-jurisdictional assets.

John, Simon Pickering our Head of Insurance and Pensions, and I will be heading to Singapore and Dubai in November to attend the STEP Asia and STEP Dubai Conferences; a global professional association for practitioners who specialise in family inheritance and succession planning. This is an excellent opportunity to raise the Island’s profile and engage with intermediaries who might be unfamiliar with the Isle of Man’s proposition.

We look to take a targeted approach to these trips, promoting Isle of Man propositions such as Family Office and private wealth management, life insurance, international pensions, asset protection and succession planning – ensuring the Island’s finance sectors remain competitive and that we remain a highly regarded International Finance Centre.

As well as showcasing the Island to international clients, the team continues to raise the Isle of Man’s profile in London, engaging with professional intermediaries and contacts regularly. This November, the agency is sponsoring the London 2019 Private Client Dining (PCD) Club; a perfect opportunity for us to engage with over two hundred financial intermediaries, alongside several Manx organisations.

Our on-Island work is of equal importance. The team are continually engaging with key stakeholders and industry trade bodies to support the sector; ensuring appropriate collective thought and input on relevant legislation and regulatory matters. We work hand in hand with other government entities such as Locate Isle of Man, working on specific recruitment initiatives for our sectors.

Ultimately the agency provides a point of focus between industry and government. Our work takes many forms and covers a variety of subjects, but our essential aim is to support the finance industry by facilitating growth, attracting business, generating jobs and real opportunities for the Island.